How did members of two San Francisco BNI Chapters –– partners in a personal injury law firm –– each recently report $1.8 million in closed business?

A referral from a former BNI member that became the catalyst for a wide-reaching lawsuit. A case worthy of “CSI” meets “Law & Order”. A substantial settlement of $9 million for a case that took two years to resolve.

How did a case against a manufacturer of defective oil-filled heaters lead to referrals to over a dozen BNI members in several chapters, including other attorneys, forensic private investigators, photographers, graphic designers, web developers, copywriters, and social media experts?

It’s actually quite an interesting story…

An Ex-Member Started A Domino Effect of Referrals.

In 2015, Dr. Kim Makoi, a San Francisco chiropractor and ex-member of BNI Business Builders in San Francisco, was treating a client. That gentleman was telling Dr. Makoi about how his partner had died in a house fire on Christmas Night, 2013.

Dr. Makoi thought that his client could benefit from an introduction to a personal injury attorney, so he made referrals to Albert G. Stoll Jr. and Walter A. Haynes IV of the Albert G. Stoll, Jr. | A Law Corporation, both of whom Makoi knew when he had been a member of San Francisco’s Business Builders chapter.

That client then contacted Mr. Stoll and his partner, Walter A. Haynes IV, Esq., a member of San Francisco’s Ace Networking Chapter and a BNI Regional Ambassador.

Over the next two years, as the case gained traction and spread to several eastern states, Mr. Stoll and Mr. Haynes referred portions of the case to 12 other members of local chapters.

These members, in turn, brought in their particular power partners so that nearly 20 people teamed up on this project to eventually result in BNI closed business.

How The Fire – And The Lawsuit – Started.

The patient, who had now become the plaintiff in the legal case, had an instinct that an oil-filled space heater in the bedroom he shared with his partner had somehow caught fire.

The plaintiff suffered some burns to his face, scalp and hands in his attempts to save his partner.  Sadly, his partner perished a day later from the massive burns sustained. From his hospital bed while recovering, the plaintiff asked friends to save the heater and put it in a storage unit. He later asked some lawyers to look at the case, but they rejected it. Then, nearing the end of the two-year statute of limitations, Dr. Makoi referred his patient to the Stoll and Haynes tag team.

The Case Heats Up – Literally and Figuratively.

“When we first got this referral, we had no idea what kind of case this could become,” said Albert G. Stoll. “Because of the source of the referral, a former BNI member, I asked Walter to take a closer look at the heater and determine if there were any clues about what may have caused the fire.”

Mr. Haynes picks up the story. “Immediately upon viewing the heater – in its badly burned out condition – I had this overwhelming gut instinct that something had gone terribly wrong with the heater. Quite literally, it was a hair-raising moment when I first encountered it. I thought to myself, ‘What did you do? And, how did you do it?’ It was definitely a mystery to be solved and one that the San Francisco Fire Department had failed to comprehend.

“In analyzing the heater, the fire evidence, and in a creating a detailed timeline of the fire sequence, over time, I became convinced that the heater was the initial source of the fire and that it had “bleved” (Boiling Liquid Expanding Vapor Explosion), instantly igniting the bedroom it was in, and trapping the decedent in an inescapable ball of fire. The heater, however, was utterly unidentifiable on its face.

“Next, the heater was shipped to a forensic lab in Tennessee who specialized in identifying electrical components damaged by fire. On an expedite, the lab positively identified the heater and that it was part of a national recall for fire hazard involving millions of nearly identical heaters. We immediately filed the case, protecting the statute of limitations in the eleventh hour.

After the case was secured and preserved, “we then checked out Pacer, a national database of cases filed in federal court across the country,” he continued. “I was very lucky to find an attorney in Tallahassee, Florida, who had been involved in a few similar cases for these types of heaters, who still practicing, and who had retained many of the original records from the 1980’s and early 1990’s.

“As we started to develop and investigate the case further and our needs began to expand, we reached out to a host of trusted colleagues in San Francisco BNI Chapters.”

Walter Haynes then referred the case to numerous members of his Ace Networking BNI Chapter in San Francisco:

And BNI Embarcadero in San Francisco:

Finally, Al and Walt brought in two additional resources who are planning to join BNI Chapters in San Francisco and San Diego, respectively:

This just in... The total for these first-tier BNI referrals to members of other San Francisco chapters actually exceeded $168,000.00. The referrals keep coming and the end is not in sight.

So what can BNI do for you? As you’ve read, you never know where a five-star referral will come from, what kind of project it will turn into, or what the results may be.

Givers Gain® is widely embraced by BNI members as a philosophy based on the law of reciprocity. Like the Golden Rule, when you give referrals that result in closed business to others, they will be naturally eager to repay that kindness by referring business to you. So with BNI, the only limit is what you put on your own imagination.

Walter Haynes always embraces this creed: “BNI is not separate and apart from your business… BNI is your business.  The utilization of our members in one of the most successful cases in our law firm’s history is the living, breathing example and application of my words. It is both a real world BNI story and an example of how successful BNI relationships can be.” 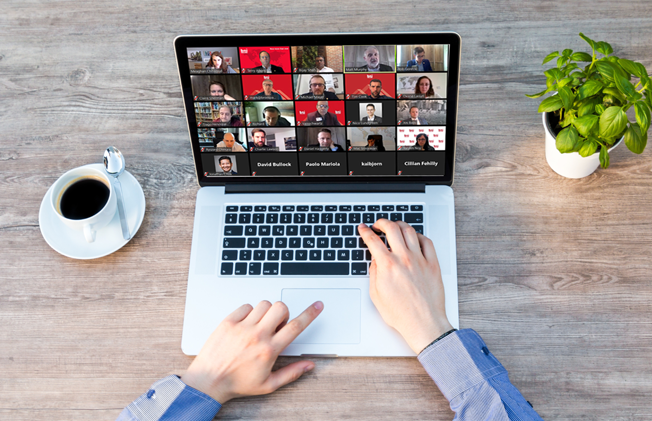 The Latest From BNI